Interracial Romance and Friendship in Adolescence and Adulthood 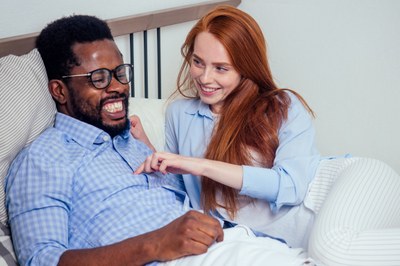 Within the context of America’s continuing racial divisions, sociologists from Yale University and Bowling Green State University analyzed Add Health data in order to determine what key contributing factors increase the likelihood of adulthood interracial relationship formation. Despite approval of interracial marriages rising in recent years, there continues to be a strong racial divide in the formation of friendships and romantic relationships, particularly between whites and blacks.  In Interracial Friendships and Romantic Relationships from Adolescence to Adulthood, sociologists, Grace Kao, Kara Joyner, and Kelly Stamper Balistreri, examine the lack of diversity within our school systems and its impact on future racial divides. The authors provide compelling evidence that changes within schools can decrease the racial gap. When adolescents are provided with opportunities to cross racial barriers, allowing interracial friendships to be formed, they are more likely to incur romantic attachments to members of opposing races as adults.

During the mid-1990s, Add Health began following more than 20,000 adolescents, completing both in-school and in-home interviews with these respondents.  Respondents have now been followed over five waves of data collection spanning more than 20 years, providing a wealth of data for longitudinal research.  The early in-school and in-home interviews resulted in a collection of peer network data describing youth respondents’ friendships and relationships which the authors reviewed to better understand the complexity of race among youths. By evaluating contributing factors such as race, gender, and socioeconomic status, Kao et al. discovered interracial contact at a younger age is crucial to the creation of interracial friendships and romantic relationships, both as adolescents and as adults. Their study found that young people that attended a diverse school had a greater likelihood of forming friendships and romantic relationships with those of a different race than their counterparts attending a school lacking in racial diversity. The authors argue that this lack of diversity within schools has a lasting impact on young adults’ social attachments and perpetuates the racial divides in America.

Thanks in part to the data provided by Add Health, Interracial Friendships and Romantic Relationships from Adolescence to Adulthood delivers a strong argument for school diversity and the encouragement of interracial contact at a young age.

Published by the Russell Sage Foundation, a social science foundation dedicated to the development of educated responses and improvement of living conditions through an in-depth comprehension of enduring issues within society.  The Company We Keep is a volume in the American Sociological Association’s Rose Series in Sociology. The series is currently published for the ASA by the Russell Sage Foundation.