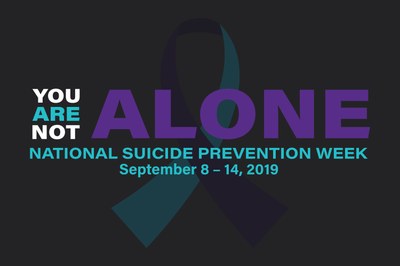 Suicide is the second-leading cause of death in adolescents and young adults, ages 10 to 34 years old.  Add Health provides data resources for researchers determining commonalities in suicidal ideations and behaviors, along with possible suicide prevention methods.

While numerous studies are analyzing adolescent suicide ideation and behaviors, there is a lack of research investigating suicide-related outcomes during their transition into adulthood. In a study led by Dr. Jennifer Erausquin, the connections between race/ethnicity and suicide were evaluated using the longitudinal Add Health data. The study discovered that nonwhite racial/ethnic groups may be at higher risk for suicide than their white counterparts.  Their analysis of Add Health data from Waves I through IV indicates African Americans are less likely to attempt suicide than Whites, while Asians and Pacific Islanders were significantly more likely to experience both suicidal thoughts and attempts. In their trajectory research, they found that African Americans were at lower odds to be in the sustained higher risk trajectory while Asians and Pacific Islanders had 5 times the odds of being in the higher risk trajectory. The authors argue that not only do adolescents need targeted interventions to diminish suicidal thoughts, but certain ethnic and racial minority groups would benefit from customized interventions focusing on racism and encouraging a more positive racial identity.  They also note that Asian Americans deserve a special focus due to the increased risk of suicide within that group.

Dr. William Feigelman led a research team who studied the relationship between easy access to firearms and premature death through his analysis of Add Health data from Waves I, II, and III.  It was found that males who reported easy access to firearms had a higher rate of suicide, homicide, and accidental death, although they did not experience higher levels of suicidal thoughts in comparison to those without easy access.  This subgroup of males with easy access to firearms also shared other commonalities, including residence in the South and Midwest regions of the country, were more likely to fight and engage in risk-taking behaviors such as drug use, were white and less likely to be impoverished, came from a two-parent household, and had a stronger relationship with those parents.  Add Health data also provided evidence of increased risk-taking behaviors such as substance use and motorcycle riding within this subgroup.  Easy access to firearms during Waves I and II, when respondents were adolescents, indicates that weapons are not safely stored, perhaps due to the stronger relationship with parents. By Wave III, these same adolescents were more likely to be gun owners themselves, perpetuating the cycle of easy access and premature death. The authors acknowledge the difficulty in reducing firearm access, taking into account the perceived necessity of gun ownership within many U.S. households.  Researchers advocate for parents to be better educated on the dangers of firearms and securing them properly as an additional prevention method.

Because of the rich datasets provided by Add Health, researchers can research preventative measures to lower both suicidal ideations and behaviors. Add Health is a longitudinal study of more than 20,000 adolescents evaluating their social, economic, psychological, and physical health with contextual data regarding their family, neighborhood, community, and relationships. Beginning in the mid-1990s with in-home and in-school interviews of youth grades 7 to 12 from all backgrounds, the study continues tracking these respondents as they transition into adulthood.

Suicide prevention week is September 8th to 14th.  If you or someone you know is struggling with suicidal thoughts or distress of any kind, please contact the suicide help line at 1-800-273-8255.